10 reasons why you should consider a start-up franchise 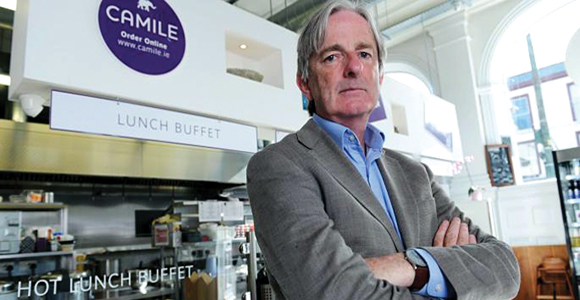 If you’re thinking about going into franchising, one of the first things you will think about is about whether you should join a large conglomerate like Burger King or Spar, or if would it be better to go with a new franchise business. Which would be a better fit for you?

I’m Brody Sweeney, the founder of Camile Thai Kitchen, an award winning home delivery franchise. It’s my third franchise business, so I guess you could say my grey hair has seen a lot. This blog is not about my business, but rather some advice for if you’re thinking about franchises generally.

If I was leaving you with one tip – and if after this session, it’s not completely obvious – it’s get to know your franchisor as well as you can, before embarking on a business adventure with them. Franchising is like getting married in a business sense. If you think about that, in a conventional marriage, you meet your new partner, probably flirt with them, spend lots of time with them, and then meet their family before making a lifelong commitment. Apply this thinking to your new franchises business, and you reduce substantially the risk of making a mistake.

So those are my ten reasons why you should consider a start-up franchise. In my next post, I’m going to give you ten things to watch out for in a start-up franchise, so you have balance, as you make your mind up about what the correct call for you to make is.

Previous article
Franchise Meaning in Business: Things You Must Know Before Becoming an Entrepreneur
Next article
Is fitness franchising your best next move?