It is time now for franchise expansion in Scotland 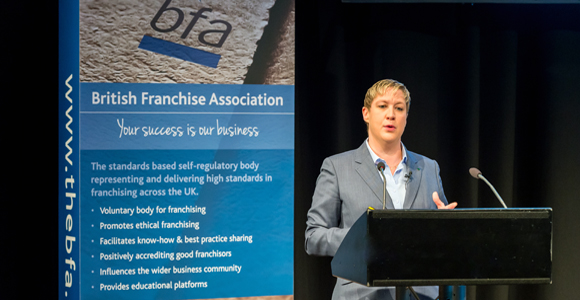 Incredibly, we are already half way through the year and the franchising industry is already showing its strength. The 2019 BFA/HSBC Franchise Awards have demonstrated how high the standards are rising, and the value that ethical franchising systems have for the network.

It’s not surprising then that the 2018 BFA/NatWest Franchise Survey revealed a thriving industry, showing that not only does franchising contribute £17.2bn to the UK economy and provide jobs for 710,000 people, but diversity is now rife. The statistics have shown an increase in women and young people entering franchising at a quick rate, with new female franchisees up 20 per cent since 2015.

With all the record-breaking statistics, there has only been one region that has experienced a slight downturn in growth: Scotland, which has decreased by two per cent in relation to economic implied annual turnover. While this may not seem newsworthy, it’s surprising due to the fact that every other region across the UK is growing.

We could attribute this to a number of reasons, but franchising is evolving to allow people from across the UK to be able to own and operate a business of their own. This is reflected by research that shows four in 10 systems can now be operated from home, in part allowing people living in rural areas the chance to own a business for themselves. The franchising industry is more diverse than ever.

Tara McGregor, who had 20 years’ experience working within the tourism industry and has previously worked for VisitScotland and the Scottish Government’s Tourism Team, decided, like many people who consider franchising, that she wanted to achieve a better work-life balance.

Having heard about franchising from friends and family, she found the perfect opportunity with Tatty Bumpkin, which offers yoga-inspired classes for babies and children.

‘Working life is a pleasure’

McGregor invested in her Tatty Bumpkin, Edinburgh, and has not looked back. She says of owning a franchise and being part of a network that shares her interests: “I work with people who are passionate about what they do, are nurturing and altruistic – both at head office and across the franchise network. This makes working life a pleasure.”

She continues: “I have been lucky to find a quality franchisor that is a great fit for me. If others can do the same, franchising has the potential to provide more flexible working patterns, making work more accessible and increasing quality of life.”

Most people outside of the industry may find the idea of investing in a franchise out of reach, believing that all franchise systems look for unrealistic business experience and qualifications in their prospective franchisees.

While franchisors may look for some degree of business acumen, many are more interested in the person themselves rather than what can be written on a CV. A lot, of course, depends on the business you are considering working with.

McGregor believes that certain characteristics are needed to succeed as a franchisee, saying: “Commitment, self-motivation, hard-work, perseverance, integrity, professionalism, willingness to have a go are key traits. These would be true of any self-employment. As part of a franchise you also need to be happy to work within, and negotiate within, a framework set by other people and be up for contributing to the wider network.”

The BFA has held the flagship event Scottish Franchise Week for the past 15 years to promote the prosperous franchising industry in a place that has much opportunity. And while the region has not prospered as much in the past three years, now is the time to step into the Scottish market.

Scottish Franchise Week will be taking place on September 11-12 and will include events such as the Franchise Opportunities Scotland exhibition in Glasgow, where visitors get the chance to learn more about starting a business through franchising. A number of seminars will also be hosted in which franchise experts will be offering advice and guidance on all things franchising.

There are many more success stories such as McGregor’s. The BFA continues to champion the industry across the breadth of the UK.