Why franchising is ideal for women searching for business ownership 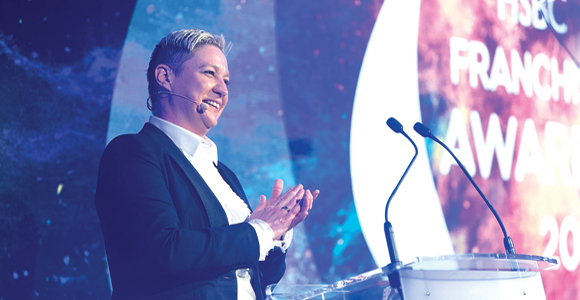 With the industry seeing a marked increase in female franchisees, Pip Wilkins (right), chief executive of the BFA, explores why franchising is suitable for women who desire to own and operate a business of their own.

Many people dream of being their own boss, but few make the dream a reality. This is especially true for women who are statistically significantly less likely to start a business than men, with women ‘half as likely’, with only 19% of SMEs started by women in 2017.

There are a number of fair reasons as to why this is; not having the resources, lack of experience, and in many cases a lack of confidence, but these hurdles should be for men and women equally. While these are the primary reasons for most people to hesitate starting up a business, women tend to be more risk averse, and therefore are under-represented in entrepreneurship.

This could be why the franchise industry has been experiencing major growth amongst female franchisees, with a 20% hike since 2015, according to the 2018 BFA/NatWest Franchise Survey. As franchising offers a safer route to self-employment, women may be attracted to investing in an established business model that has a proven system, set processes and ongoing support and training.

It is an industry that boasts over 900 franchise brands, covering a vast array of services, and accepting people into their network not purely based on previous experience or qualifications, but rather transferable skills and preferred characteristics such as commitment, ambition and being a team player within the network.

Age is no barrier

Furthermore, some people may think that their age means they may not be taken seriously by businesses, believing they may not have enough experience. Franchising sees beyond this, with 18% of all franchisees aged under 30, as they can learn skills along the way.

One person who understands what franchising has to offer to women is Jennie Mills, winner of the Young Female Franchisee of the Year at the 2019 BFA/HSBC Franchise Awards.

Jennie, 28, a franchisee for Rainbow International, is a keen businesswoman who recognises how franchising has allowed her to flourish in an industry that was previously unknown to her.

“I wish I could start my own business … I wish I could be my own boss, just a few of the phrases I often hear. Almost five years ago at the age of just 23, I embarked on a journey into the daunting world of property restoration.

“My business specialises in dealing with homes after they’ve had a fire, flood or home disaster, and believe me when I say it, I knew absolutely nothing about this industry prior to beginning my own franchising journey,” says Jennie.

‘Time for a career change’

Jennie, who was working as a commercial diver within the film industry before entering the franchising sector, grew wary of travelling and decided it was time for a career change.

She says: “Stepping out of the commercial diving industry and starting my own business so quickly would not have been possible if it weren’t for the proven franchise model and the support mechanisms that come with it. I was catapulted into a male dominated industry with very little knowledge of my new role.

“However, with the support from my new franchisor, my surrounding franchisees and the support from the BFA, I hit the ground running and was able to start making money from day one, something that you often don’t hear!”

Flexibility is another benefit to becoming a franchisee and why women are choosing the franchise route. Like any business, starting a franchise will need your 100% attention and commitment to make it a success. However, being the boss means you can choose what hours and schedule best fits to your other commitments.

To support women in their business journey, the BFA holds the annual flagship event, Empowering Women in Business (EWIB), to bring together like-minded businesswomen and start conversations on the challenges and experiences women currently face.

Previous article
How to select and what to expect from your franchise lawyer
Next article
Franchising: your model for business growth?